My sister in law is expecting her first baby in November and didnt want a baby shower. So, of course, her husband’s sister and I organised a surprise baby shower. We wanted one!!! So, in between the lies (white lies), the scheming, the stealing her friend’s phone numbers from her phone, emailing invitations and swearing all guests to secrecy we managed to get everyone in the same room, on time and she had absolutely no idea.
It was fabulous. 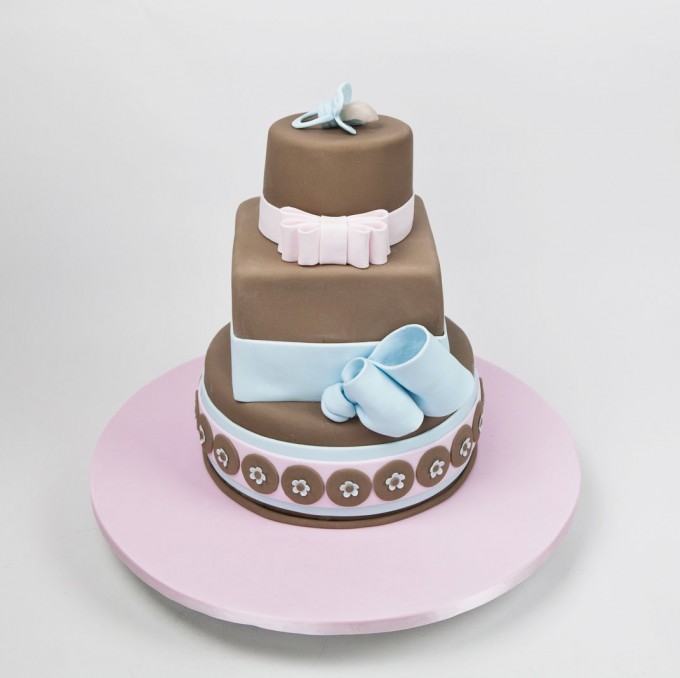 The colour scheme was chocolate brown, pale pink and baby blue. The cake featured the same circle pattern that appeared in the party ware and banner custom ordered for the occasion. I tried something different with the bows an they did end up being quite the feature.
The top and middle tiers were chocolate cake with a milk chocolate ganache filling, with the bottom tier being apple and cinnamon cake with a caramel ganache filling. Why is it I’ve waited until now to make a caramel ganache? Wow… dangerous stuff!

And, of course, macarons had to make an appearance! 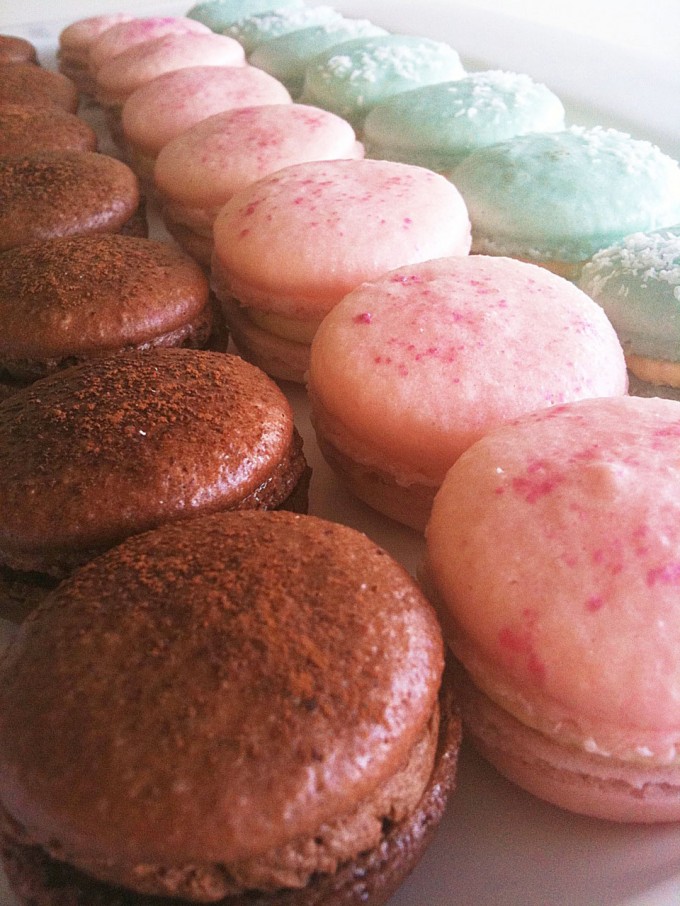 Chocolate, strawberry and coconut macarons…mmmmm!
A wonderful day was had by the mum to be – who ended up having a little boy!
Congratulations Roula and Con!! x